Debunking “No Pain, No Gain” 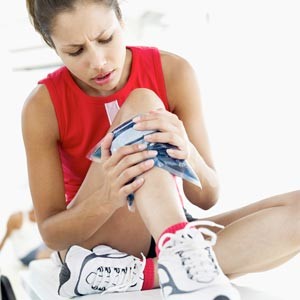 The adage “no pain no gain” has been around for decades in sports, and it implies that in order to achieve great things, you have to push yourself beyond your physical limits. But, what exactly is pain trying to tell you and, perhaps more importantly, how does your body know that you’re getting close to or moving beyond your limits? That is what a set of researchers set to find out, and their discovery may just change the way you view this age-old phrase.

A set of nine researchers from the University of Utah’s Department of Anesthesiology were curious as to how our muscles and bodies seem to know when we’re either near or at our physical limits. Drawing on previous research, they were already aware of the fact that muscles that are exercised release three key substances: lactate, acids, and ATP ( adenosine triphosphate).

To test the effects that these substances have on the body, the researchers injected the chemicals into the thumbs of 10 individuals. The subjects reported no difference when each of the substances was injected individually, but when the chemicals were combined into one injection, the subjects started to feel fatigue effects that one would normally get after a workout. The subjects described their thumb muscles as heavy, tired, swollen, and puffy after receiving the combined chemical injections. And the more the researchers increased the strength of the injections, like what happens when the workout is more grueling, the greater the effects.

Scientists speculate that the effects of these three substances is like an early warning sign that you’re about to reach your limits, but what happens if you take the warning signs away? In another experiment involving some of the same researchers, they tested what happens when exercisers are blinded to this pain. A group of cyclists were given drugs to block the communication between the nerves and brain, so that they could temporarily avoid feeling fatigue and pain as they exercised.  The results?

Although the cyclists experienced enhanced performance, their bodies gave in and were in near-paralytic states. Some even had to be helped from their bicycles as they were unable to do this on their own.

If you are in sports, it is important to listen to your body and heed its warning signs. Chiropractic care is another valuable tool for sports enthusiasts as it keeps your body aligned and in proper form, so that your performance is the best it can be. In fact, earlier research has shown that chiropractic can indeed assist in improving sports performance.